An interview with Sebastian Oschatz, curator NODE17 Symposium „DESIGNING HOPE“ and member of board of NODE eV. 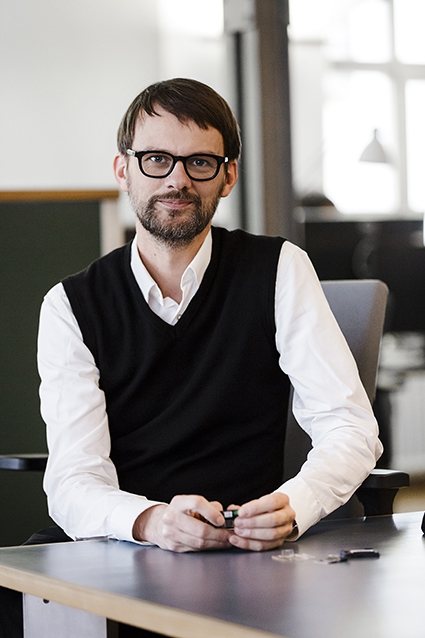 So why are you doing this?
The symposium has always been the place at NODE where we open up a broader art or design discourse. In the symposium, the laptops remain closed, and we try to expand the view to a bigger scope. In the past, we have often stayed within our disciplines, such as „The Rules“ (2013) or „Wrapped in Code – The future of the informed body“ (2015). When asked to do the symposium to this year’s theme of „Designing Hope“, I wanted to go really down deep to the foundations.

When preparing the symposium I have noticed a very euphoric feeling in many discussions about the topic of „Hope“ – people want to hope, they long for hope, they do have a lot of hope. The eyes lighten up when mentioning hope. Hope is something like Home, i think Ernst Bloch said. At the same time, i often felt a hopelessness behind the facade – many decisions, developments, offers, products or tools do not exactly address the central hopes. And if the discussion turns to the obviously wicked problems like ecology, politics, war, climate, resources, diseases or starvation, the eyes go blank. No plans, no hope. At the same time, you can see everywhere: the – according to all established criteria – super short-sighted political offers generate some enormous hope.

At some point, it was clear to me that the subject is so important and deep that it is not possible to make a bunch of portfolio presentations at the symposium. Or to put some digital artists on stage which are allowed to raise any „critical“ questions because of their social disposition – While the audience is left alone to solve the problems. I think it’s not so much about opening up more questions, but more about methodologies to solve the questions. So the journey was coming from art, technology and design to the foundations of design, and from here on the basics of communication, that is, physiology and neurobiology: the science of our brain and our body. This seems to me a well founded starting point. Questions like “How does hope arise”, “how does hope work in the mind”, etc. This is a well researched topic and from there, one has a foundation to ask the Why-questions, e.g, to better understand political communications, and to gain hope to tackle political issues. Politics are terribly complicated and almost all issues make me quite hopeless, as solutions are not clear and even if so nowhere in reach. At least that’s what they say.

But that sounds like a problem of politics in general? Why are you doing that in a design festival?
Untangling these topics is in fact a question for designers: How do I design a hope-inducing communication as a sender of communication? How can I design my personal hope as a receiver of conflicting communication? These are two very simple questions, but they are surprisingly rare at the same time on the agenda. You will hear the first question in client-meetings in a brand-communication or advertising agency. You will hear the second in burnout-prevention seminars for the people working there. In journalism, there is an approach which brings these two questions together – the so-called „constructive journalism“ which is based on neuroscientific foundations of how the brain works. This is important for political issues, but in fact the approaches of the constructive journalism are in my opinion relevant for any successful communication – I find it very exciting to apply these e.g in fine art or UX design.

Can you give an example of how hope gets designed?
Hope starts with the imagination of alternatives. So, developing a worldview without alternatives is a basic building block for hopelessness. If – imagine me as a policy maker – I would like to follow a particular plan without involving anyone, the design of a worldview without alternatives is a central building block of this endeavour. If I, as a journalist or artist, only document this particular worldview, then I replicate this hopelessness and lead the audience into disinterest and depression. Only the actual discussion of viable alternatives produces hope in the audience.

And to come back to the previous question: Design as a discipline is fundamentally the choice between alternatives. If there are not ways to do things different, you can not design. So if there is no alternative on the agenda, you have to take care as a designer – because here, too, the fundamentals of your profession are in danger. Yet another reason to do this at a design festival.

Will you talk a lot about technology?

Interestingly, very little. We will have a panel discussion with people exploring high tech solutions. But be will also look into low-tech solutions. But mostly we will look at the context in which tech is used. Technology – especially as it is presented at NODE – had always very strongly this individualistic, playful aspect. Especially in the workshops there is very strongly this „if you understand the technology, you can change the world“ theme. The workshops do have a very cooperative touch, but are very focused on empowering the individual. But technology is always for a certain purpose, and redefining the purposes isn’t something many individuals can.

But isn’t technology liberating ourselves?
Sure, but not only. My criticism would be that the „self-liberation“ is a neo-liberal or anti-state framing. From the perspective of “hope”, this is rather dangerous, because it will inevitably result in a long and stressful list of somehow optional additional to-dos for the individual, which only really gifted individuals can sustainably have. Everybody has its personal to-dos already. to hope that some individuals will save the world in their free time is quite ambitious. At the same time real projects with huge scale are being carried out by companies and governments. They don’t need hope, they just have money. While we at NODE play self-liberation, we should remind us of these political questions. In an utopian world a well developed and open source vvvv on open hardware could simply have been part of the math curriculum in publicly funded middle schools. So i think the more important liberating aspect is, that it creates a community. It creates deep connections and bonds between smart and diverse people, and i feel this has incredible value.

And you really hope that your symposium will change something?
During the preparation of the symposium, I read Rebecca Solnits “Hope in the dark”, and she said „Despair is a black leather jacket in which everyone looks good, while hope is a frilly pink dress few dare to wear.“ So, yes, by admitting this i make myself look quite ridiculous. But yes, I have hope. Small steps; Small alternatives. We look at neuroscience. We sketch hope as a design language. We network. And we argue that the real questions are political. That´s a first step. And we hope.

Who should attend?
Designers, artists, software developers but basically anyone who cares about the future.