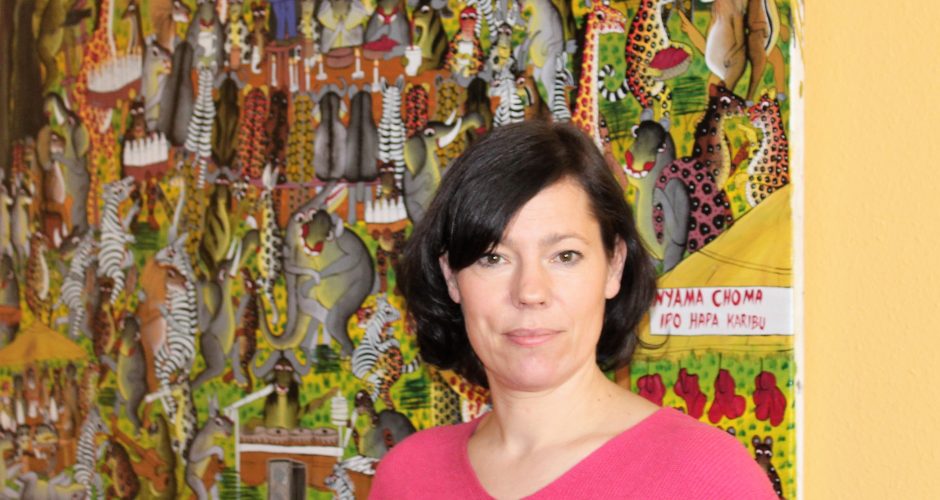 Julia Peters studied film and media design at the Bauhaus University Weimar and is a graduate of the TP2 Talent Pool of the MDM and international producing at the International Film School Cologne. Her first big feature film SING IT LOUD tells the story of a choir competition in Tanzania. It took 12 years from the first idea to the cinema release of the project.

In the course of the movie release, she founded the company JIP-Film & Verleih together with Jutta Feit and has already released 11 films, including Congo Calling (Doc. 2019), Yves’ Promise (Doc. 2018) and TOKAT – Life Strikes Back (Doc. 2016). The film GOD EXISTS, YOUR NAME IS PETRUNYA by director Teona Strugar Mitevska, is also one of the three finalists of this year’s LUX Film Prize, was in the competition of the Berlinale 2019 and won the Five Lakes Competition, among others.

Julia Peters has been living in Frankfurt am Main with her husband and two children since 2007.

…a big surprise. Before I moved here, I thought Frankfurt was an ugly city but had to realize that Frankfurt has very nice corners and the people here are wonderful. It is very easy to live and work here.

That one can narrate with images. As a child, I loved to read and take pictures. We didn’t have a television and I went to the cinema for the first time pretty late, at the age of 14. There I saw Trace of the Stones. That was extremely fascinating to me and the realization that you can tell stories with pictures never left me. During my film studies at the Bauhaus University in Weimar, I was able to experiment a lot with it.

During stressful work phases, it is difficult to develop ideas. But even this is possible, especially in the exchange with my colleague Jutta Feit, we are now a proven team. The best thing is of course to have time and leisure and to read the paper editions of the press, e.g. Le Monde Diplomatic. It’s a wonderful way to develop new ideas, no matter if it’s material for myself or considerations on how to bring other people’s films into the cinema.

I don’t know anything about trends.

We should make better use of online platforms for VOD. Especially for theatrical distribution, the possibilities are still very limited. I would like to see greater openness in my work. It would be nice if there were mixed forms and more services that meet the needs of the audience. For example, a film could be shown online a few days before the cinema release so that it could be better advertised. But this should not be misunderstood: I think cinema is a great place for movies, there’s no other place where you watch a movie as concentrated as in the cinema. There are films whose visual language is so full that they can only be seen in the cinema. And here in Frankfurt, there are often excellent opportunities to get to grips with the subject matter in subsequent film talks. But there are also people who, for various reasons such as work, travel or small children, are unable to go to the cinema and for these people, an online alternative would be great.

Go to the LILU (light and air bath) in Niederrad and ride your bike in the city. And watch our new movie Barstow, California by Rainer Komers, which will be released in the cinemas in early October. It is set in the sun-drenched Mojave Desert in California and the small town of Barstow, where gold is still being mined today. And the film GOD EXISTS, YOUR NAME IS PETRUNYA by director Teona Strugar Mitevska, one of the three finalists of this year’s LUX film award, which we will bring to the cinemas in early November. 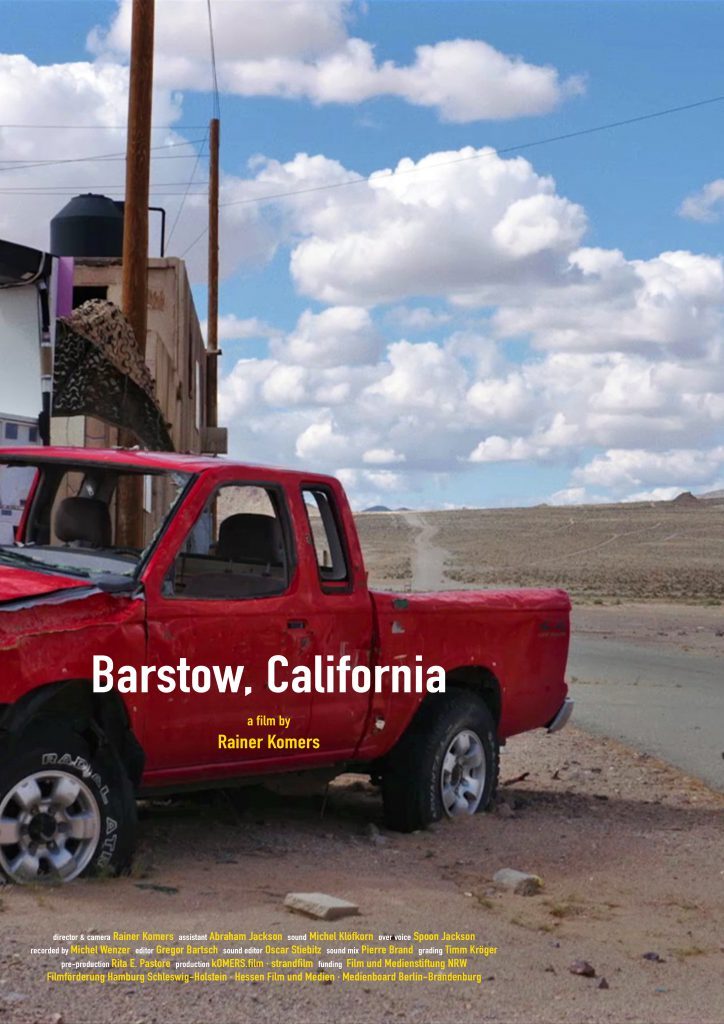 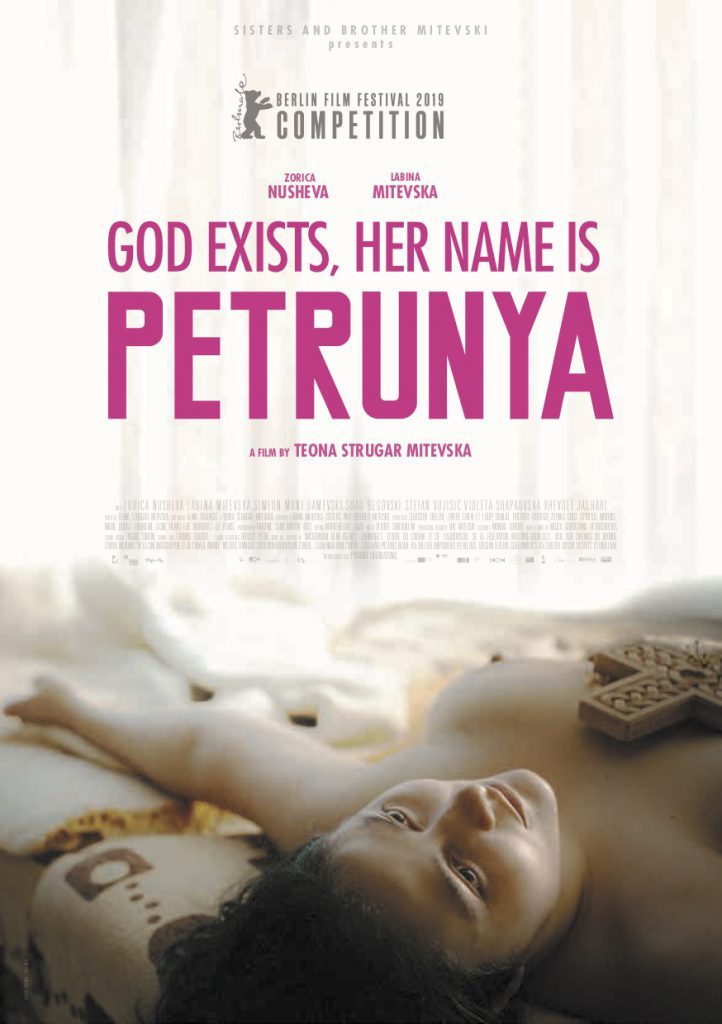 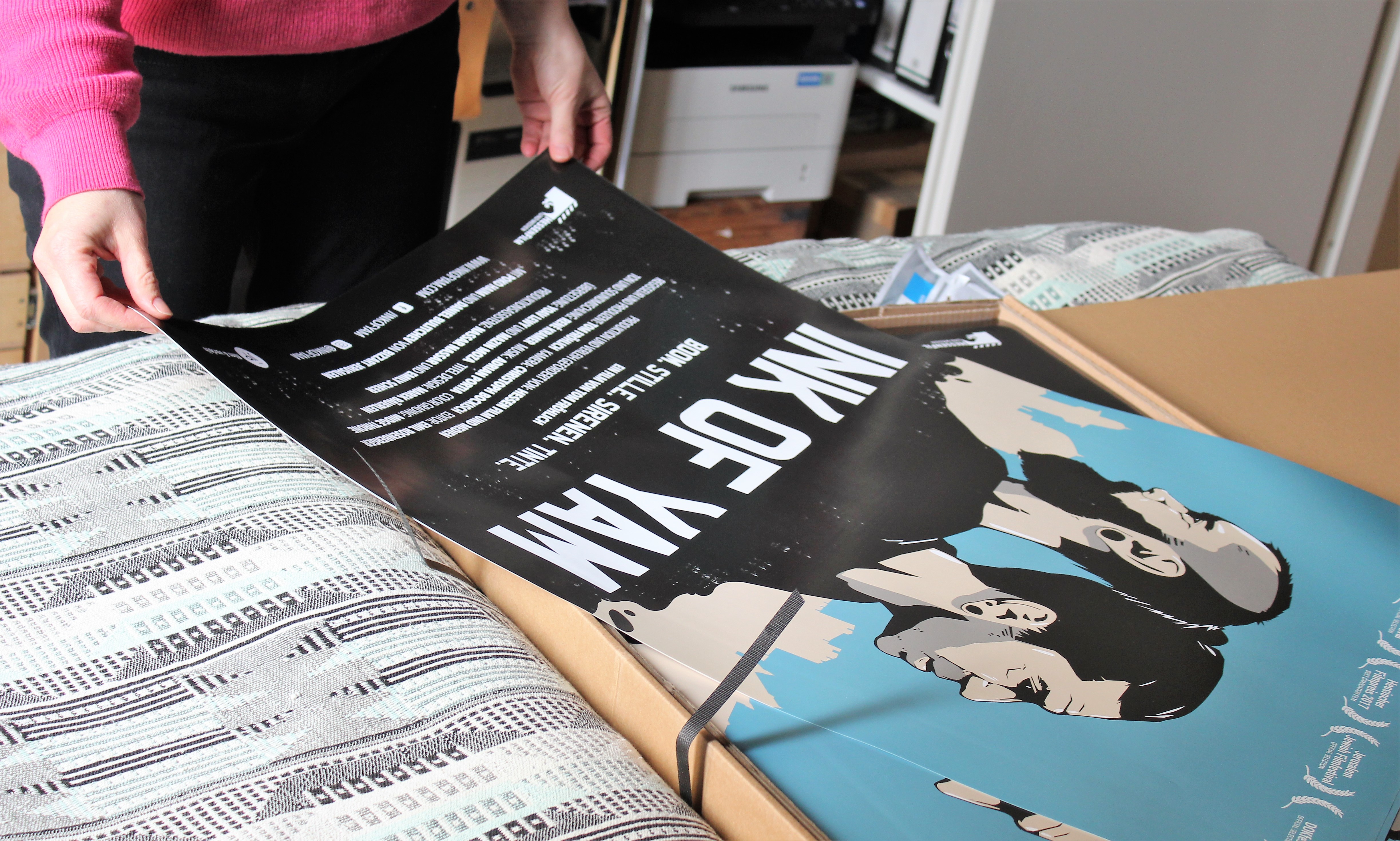 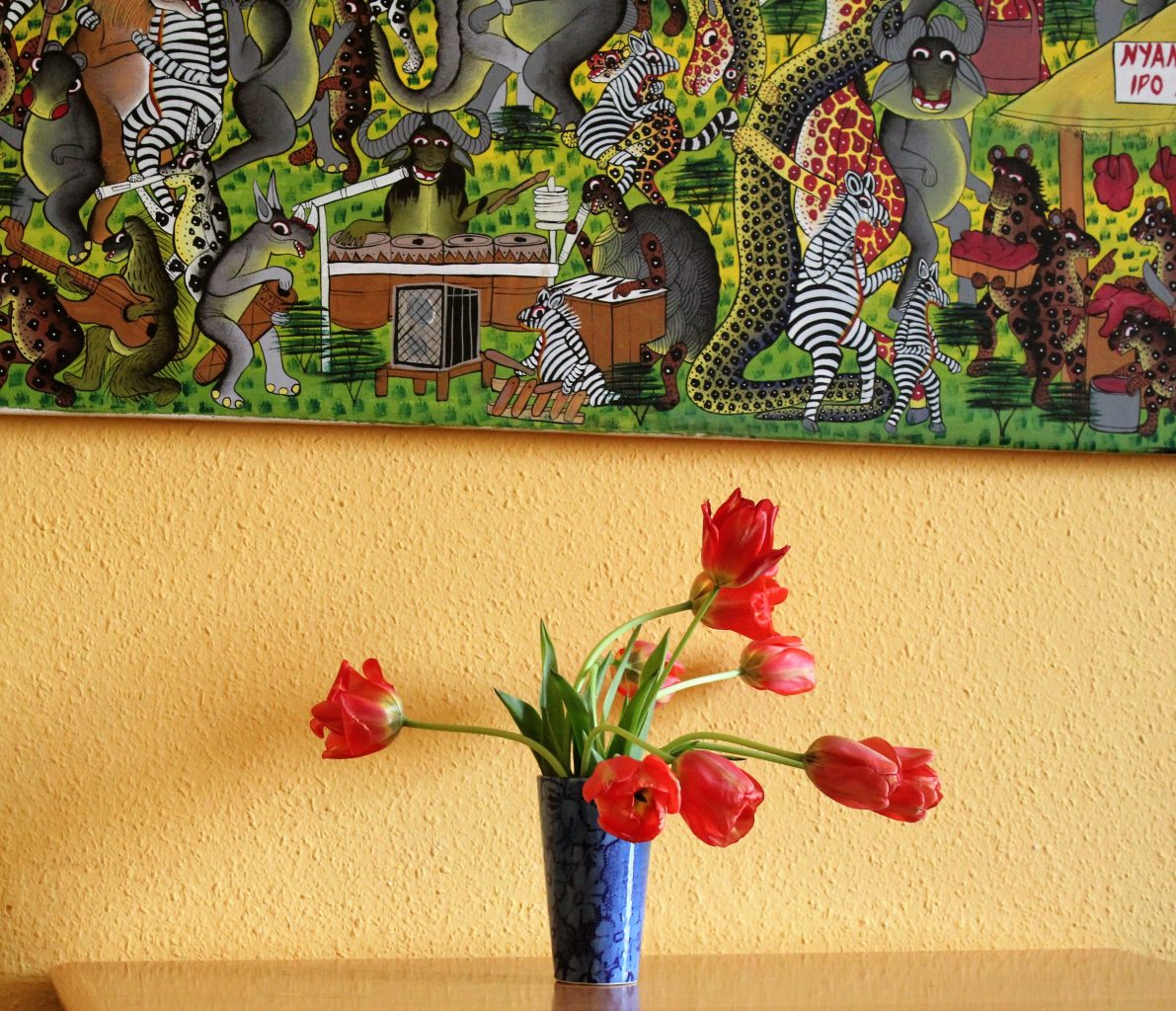 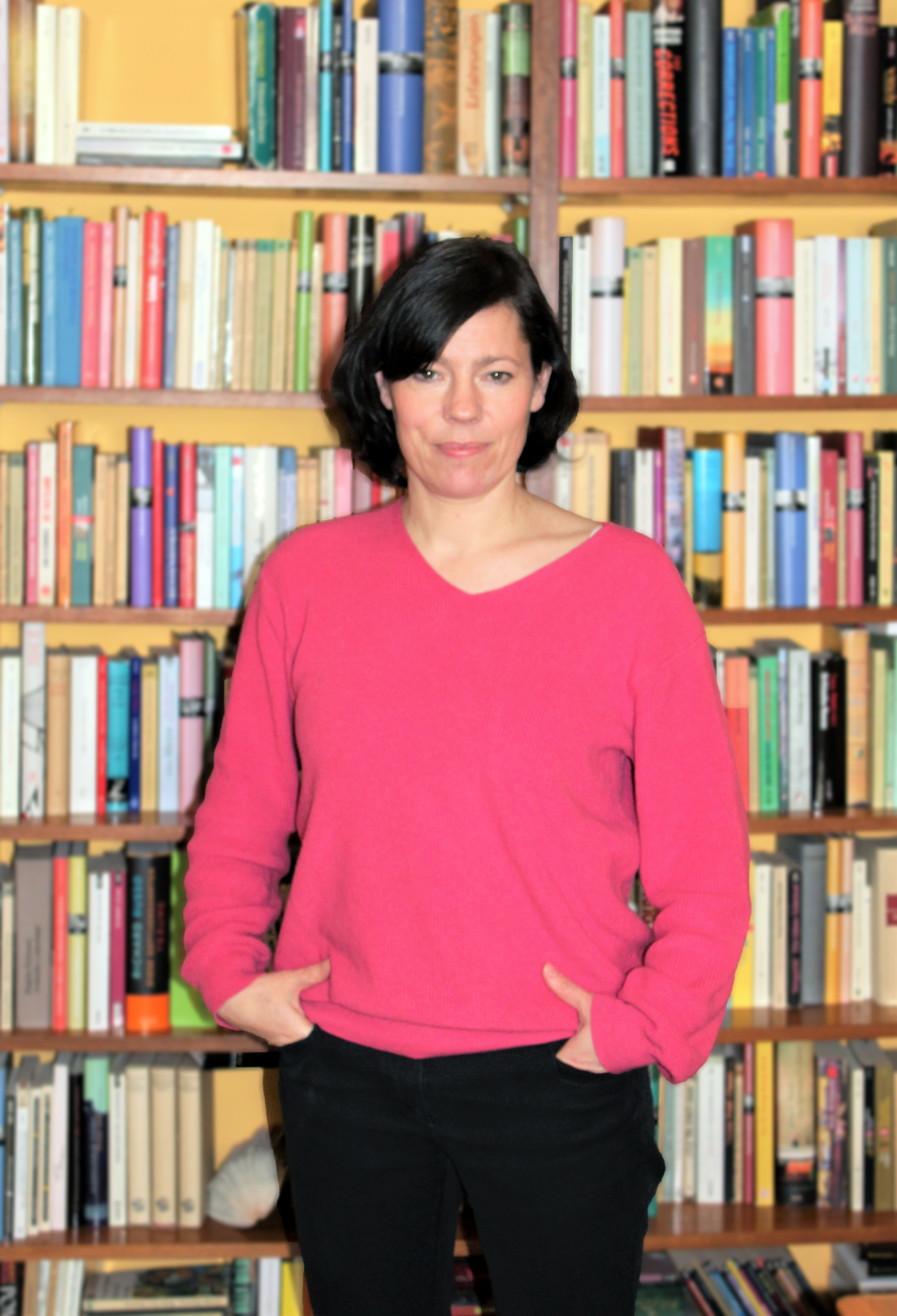